We had some friends over recently for dinner and, despite the warm December weather we’ve been having, I wanted to do a really great braise. I absolutely love Molly Stevens’ book “All About Braising” and found a recipe for osso buco, but I adapted it using bison shanks that I picked up at our local farmer’s market.

The traditional accompaniment to osso buco is risotto alla Milanese, a delicious saffron risotto. Since I had some saffron pasta in the pantry, I decided to cook that up instead and use that as the bed for the braised shanks. It worked really well with this recipe, but if you can’t find saffron pasta, regular pasta or risotto will work too.

Whatever you do, do not dispose of that delicious, unctuous marrow in the middle of the bones. So. Good.

I made truffled roasted cauliflower to accompany this dish and we finished the evening drinking wine while making s’mores over the fire pit, enjoying the beautiful weather outside. Awesome night. 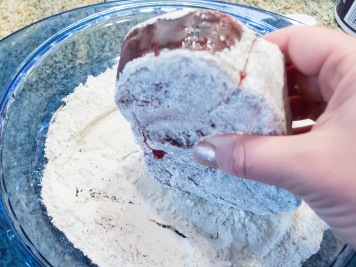 Heat the canola oil and 1 tablespoon butter over medium high heat in a heavy 6-quart Dutch oven pot. Add the shanks to the pot so that they are not touching each other. You will need to do at least two batches to brown the shanks. Brown the shanks, about 5 minutes on each side.

Remove to a platter and do the next batch of shanks. If the oil starts to burn, lower the heat a bit.

Since the bison is fairly lean, there shouldn’t be too much fat in the pot, but if more than a tablespoon remains, spoon it out and discard it. Add the remaining 2 tablespoons butter to the pot and add the onion, carrot and  celery.

Season with salt and pepper and saute the vegetables until they begin to soften, but not brown, about 5-6 minutes. Add the garlic, marjoram, oregano and bay leaves and cook for an additional 2-3 minutes. 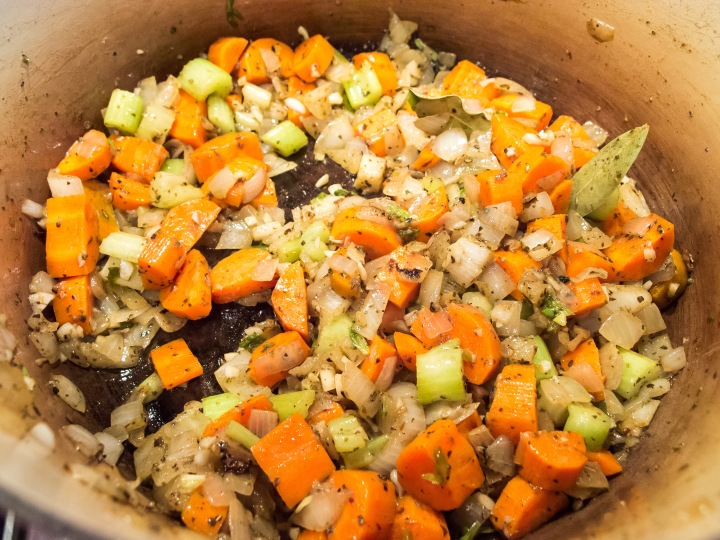 Add the wine and increase the heat to high. Boil the mixture to reduce the wine by about half, around 5 minutes. Add the stock and tomatoes, along with the juices, to the pot and boil for about 10 minutes, to further reduce the sauce. 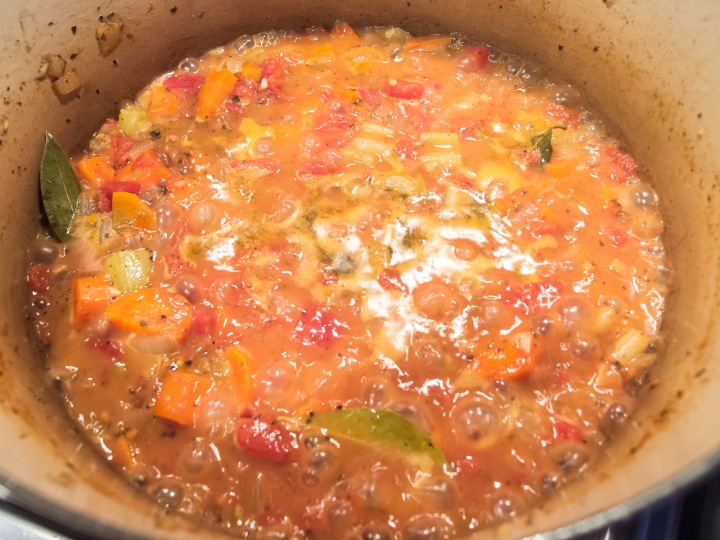 Nestle the shanks in to the sauce in the pot.

Cover with parchment paper so that it nearly covers the veal and the edges hang over the sides of the pot. Cover tightly with a lid and put the pot on the lower part of the oven. After about 40 minutes, remove the pot from the oven to turn the shanks. If the liquid is simmering to heavily, lower the heat by 10-15 degrees. Return the pot to the oven and continue braising for 1 1/2 hours.

While the shanks are braising, make the gremolata. Stir together the parsley, garlic and lemon zest and set aside.

When the bison is fork tender and falling away from the bone, remove the lid and add half of the gremolata. Return the pot to the oven, uncovered, for about 15 minutes to caramelize the top.

Meanwhile, bring a pot of water to a boil and cook the pasta according to package directions. When finished cooking, reserve a cup of pasta water, then drain. Place the pasta on a platter.

Carefully lift the shanks from the pot, doing your best to keep them intact, and place them on top of the pasta on the platter. Cover with foil to keep warm.

Bring the sauce to a boil on the stove top for about 5 minutes to reduce the sauce. Add salt and pepper to taste. Spoon the sauce over the shanks and sprinkle the remaining gremolata on top. Serve immediately. 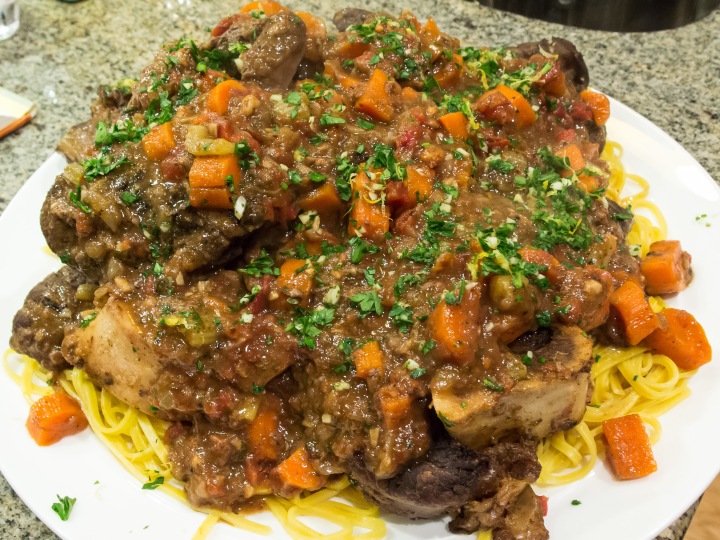